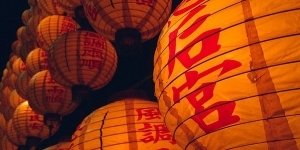 China has announced the removal of VAT rebates on exports of 146 steel products from May 1, a move the market had been widely anticipating since February.

The rebate of 13% of the VAT charged on exports of hot rolled coil, wire rod and rebar will no longer apply from May, according to a statement on the finance ministry’s website.

Cold rolled steel sheet, hot-dip galvanized sheet and narrow strip were also on the list of products that have had the rebate removed.

In a separate announcement, the ministry also cut the import duty on pig iron, crude steel and recycled steel — its term for what overseas markets call ferrous scrap — to zero from May.

The move to discourage steel exports and loosen imports of steelmaking raw materials comes at a time when China’s crude steel output in April reached the second-highest level in history, despite production cuts mandated in the steel hubs of Tangshan and Handan in Hebei province, and as prices of seaborne iron ore reached a record high.

“The measures will reduce the cost of importing, expand the import of iron and steel resources and lend downward pressure to domestic crude steel output, guiding the steel industry towards the reduction of overall energy consumption, promoting the transformation and high-quality development of the steel industry,” the ministry said.

China’s crude steel output over April 11-20 totaled 3.045 million mt/day, an increase of about 4% from early April and 17% higher year on year, according to estimates by China Iron & Steel Association. Spot prices of seaborne 62% Fe iron ore fines reached $193.85/dmt CFR China on April 27, according to the benchmark IODEX published by S&P Global Platts.

China exported 53.67 million mt of steel products in 2020, of which HRC and wire rod accounted for some of the largest steel types. The rebate for cold rolled coil and hot-dip galvanized coil was not removed, likely because they were deemed higher value-added products, although market participants said they could be reduced in a subsequent announcement.